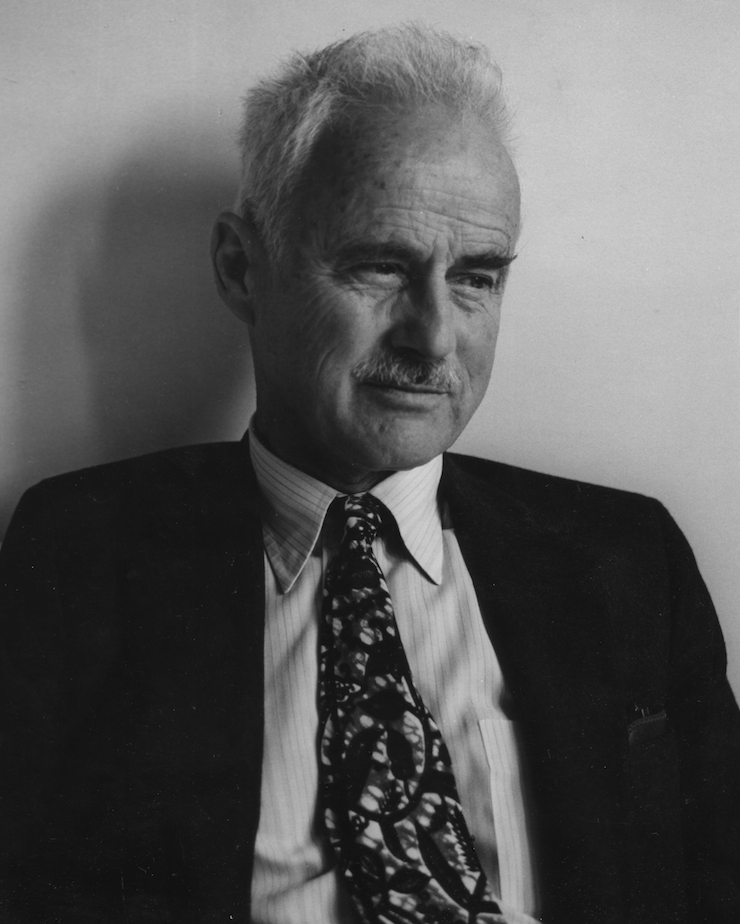 Charles E. Merrill, Jr., Commonwealth School’s founder, died peacefully after a brief illness at age 97 on November 29th in Nowy Sacz, Poland in the company of Julie Boudreaux, his wife of seven years, and a number of his children and grandchildren.

Born in 1920 to financier Charles E. Merrill and Elizabeth Church Merrill, Merrill spent most of his youth in New York City, and attended Deerfield Academy and Harvard. His upbringing; his experience in central Europe before and after the Second World War; and his service during that conflict in the Fifth United States Army in North Africa, Italy, and Germany instilled in him ambivalence about privilege, a sense of the fragility of civilization and culture, and sympathy for oppressed peoples.

Those dispositions informed his distinct vision for Commonwealth School, which he founded in 1957 and which remains his most enduring legacy. Charles’s act ran counter to many currents of the time: he located the school in the heart of a city; and he determined that it would be coeducational, decidedly intellectual, and committed to including students from underserved communities, particularly African Americans. Charles led Commonwealth from its opening until his retirement in 1981, remaining deeply involved in all aspects of the school’s administration and in teaching United States History and Bible.

Throughout his life he remained active in supporting progressive educational enterprises across the country and overseas, providing major support to, among other institutions, Morehouse and Spelman Colleges, the University of California at Santa Cruz, Hampshire College, and the Palacky University of Olomouc in Czechoslovakia.

The problems that Charles targeted in founding Commonwealth—persistent ethnic and socioeconomic discrimination, anti-intellectualism in American public life, and gender inequities—persist today, and Commonwealth remains committed to his vision of making available to young people from all backgrounds an education that will turn out sharp, informed, and generous leaders committed to promoting justice.

We extend our heartfelt condolences to his wife and family, and feel grateful for the privilege of carrying forward his vision.

A memorial service was held on January 6, 2018 at Emmanuel Church in Boston.

Mr. Merrill's family has asked that gifts in his memory be made to Commonwealth.Your support will help to carry out the vision he aspired to sixty years ago.

Since his passing in November, Commonwealth's graduates and former teachers have shared memories of Charles Merrill's impact on their lives. Find them here.

Read the Spring 2018 CM issue honoring Charles Merrill's life and legacy at Commonwealth and beyond.